​January 4 - This local porcupine is taking a nap north of town. The porcupine is classified as a rodent. It has as many as 30,000 quills. It cannot "shoot" its quills, but lashes out with it's tail. In the winter porcupines eat bark and often climb trees to find food or sleep. It is primarily nocturnal, but will forage for food in the day.  -Gary Stauffer
January 6 - Be on the lookout for little black moving specks in the snow on any day that is warmer than 25 degrees. As we enter days of freezing cold and then a mild thaw, snow fleas will begin to make an appearance. Snow fleas (also known as Springtails) are soil decomposers, but are able to withstand freezing temperatures, allowing us to notice them more on top of thawing snow. -Lauren Dake.

Rabbit redux: This past fall we had six or seven friendly rabbits that always greeted us as we came down our driveway.  By the first part of December, we did not see a single rabbit.  One afternoon as I walked out on our point, all the birds were very quiet. I looked up and saw a beautiful bald eagle circling the wooded area, and wondered if this predator had anything to do with the disappearance of the rabbits.  January 7 update.  This past week as we drove down our driveway, a lone rabbit greeted us.  I guess the predator missed one. -Chuck Schular

January 11 - While driving south on US 31 on January 10th around 5pm, a snowy owl was spotted flying across the roadway near Maple Bay. To see the wing span and the size of this bird at a close distance was amazing! -Dianne Richter
Note:  We seem to be having a snowy owl invasion in the village!  Check out their habits and their sounds at Audubon.org or www.birds.cornell.edu.

January 16 - At 9:30 a.m. a mature bald eagle landed in a tall pine tree off Ottawa Street, perched on a top branch and proceeded to devour a dark colored duck.  After a series of phone calls, several neighbors took to their cameras and binoculars for a good viewing before it finished the meal and flew
south. -Ottawa Street neighbors

January 21 - Today was a true “spring thaw” day, as beautifully described by Aldo Leopold in Sand County Almanac nearly 50 years ago as he explored his Wisconsin farm. (copy in our library)  As I enjoyed our own spring thaw day, walking along the river I encountered Traverse City visitors Bret and Ezra.  Father and son were observing the ducks, gulls, and other wildlife along the river, and were excited to learn that bald eagles, snowy owls, and hawks are also frequent visitors there. -Royce Ragland

January 31 - A rare astronomical event will occur early morning: a lunar eclipse, a Blue moon, and a Super moon.  A Blue Moon is the second full moon in a month, also known as a Blood Moon due to the color it can take on.  A Super Moon occurs when the moon reaches its closest approach to Earth in a single orbit, and the moon can appear up to 14% larger and 30% brighter than normal, according to Space.com.

Note For Kids: NASA’s Space Place website is a NASA website for elementary school-aged kids, their teachers, and their parents.


Special Almanac posting by Bob Moler
We will have a calendrical coincidence on January 31st along with a natural event, and just missing another natural event all having to do with the Moon.
The first is that one of the full moons in January fits the definition for a "blue moon", the second full moon in a month.  Of course the Moon doesn't actually turn blue.  It doesn't really care. Since February is shorter than a lunation, a lunar month, it will not have a full moon.  However March will have two full moons like January. 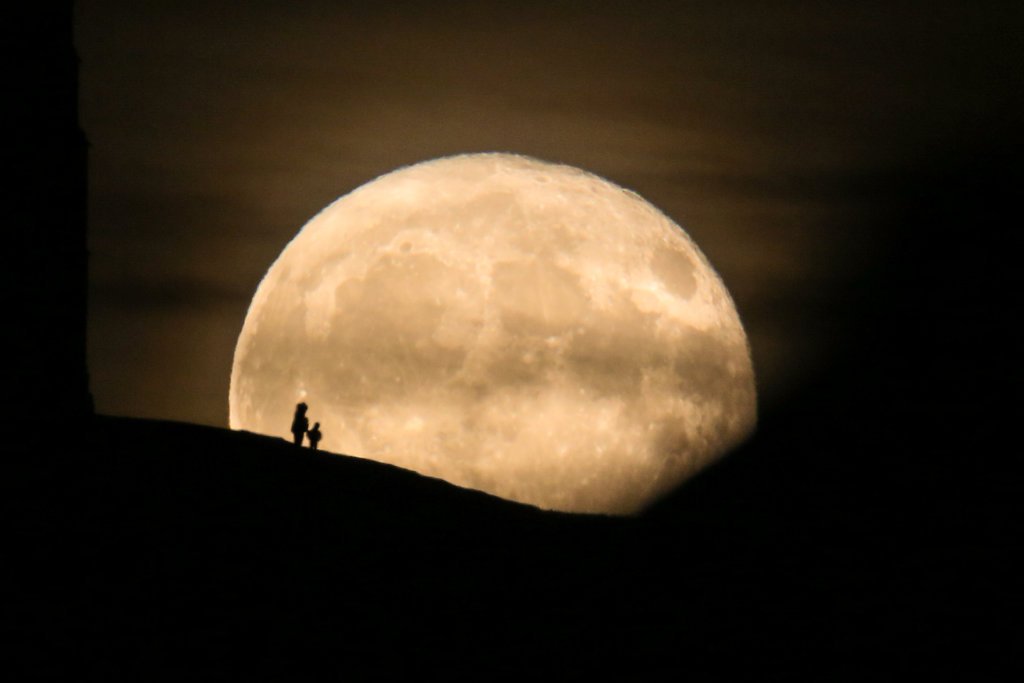 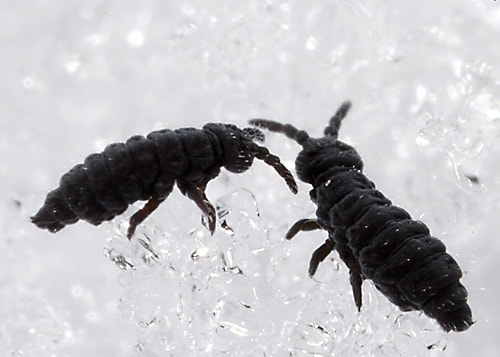 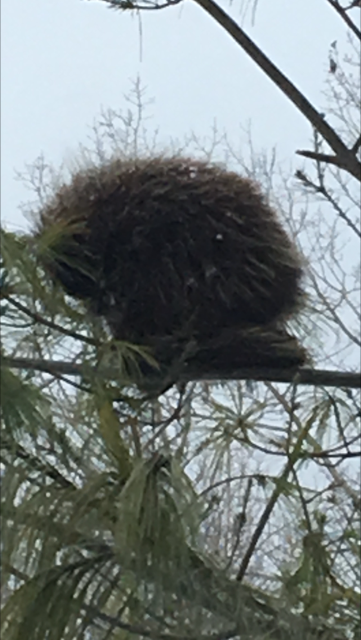 September 3 - The first week of September I saw dozens of Monarchs daily, migrating south along N. Bayshore. This past week there are only a few 'stragglers'. Despite the moderate drought this summer I saw good numbers of milkweed plants and monarch larvae. Hopefully, with more of our attention to them, the monarchs can recover population numbers.  -Thom Yocum

September 15 - What’s with all the acorns?  Has anyone noticed the abundance of acorns from their oak trees this year? At my house there are crazy amounts! Last year there were hardly any – which according to some folks portended a “mild” or “severe” winter, depending on who you spoke to.  I did a bit of research and learned that an abundance of acorns is called “masting”.

Masting is part of a larger process in nature. In a non-masting year, oaks produce just enough acorns for the squirrels and chipmunks and deer to eat. It keeps the animal population in check, but it doesn’t allow for any acorns to grow into baby trees.
But every few years, like this year, oaks drop a whole bunch of nuts — way more than the critters can handle. That way, the animals will leave some leftovers to survive and eventually germinate into trees.

The only disturbing aspect to this is the uptick in Lyme disease from the increased number deer, game birds like turkeys and rodents who eat the acorns. A rise in the number of mice and deer, for example, can lead to an increase in ticks, which can cause a spike in Lyme disease.
Finally, more acorns does not signal a bad winter to come. There’s no correlation between the amount of snowfall or the temperature with acorn production. Whew! -Liz DeLaRossa

November - In a recent conversation about Lake Michigan water issues with FLOW policy analyst Dave Dempsey, he shared these interesting facts:
Most people think there are five Great Lakes, but from one point of view, there's actually a sixth.  It's sitting under our feet.  It's called groundwater, and in our region, its volume equals that of Lake Huron.  Now, that abundant volume of groundwater is not literally a lake.  Rather, it is typically found in tiny pore spaces between particles of soil and rock, sometimes creeping only inches a day.  You can’t swim in it – but you can drink it, water lawns and crops with it, and power industries with it.

We do all those things in Michigan.  Most importantly, 45% of our population draws its drinking water from groundwater sources, either from one of our 1.25 million private residential wells or from one of over 12,000 public supplies.
Regrettably, Michigan’s groundwater is stained with hundreds of thousands of sources of contamination, ranging from failing septic systems to farm fertilizers to ancient, abandoned industrial sites where chemicals were used.  We can and must do better to protect our sixth Great Lake.
The discussion led us to pose several questions to our community:

Answers to these questions will appear in next week’s Elk Rapids News.  The first person to respond with correct answers to website www.greenelkrapids.org will receive a copy of  “The Waters of Michigan” by David Lubbers.

The Watershed Center Grand Traverse Bay is the “go to” organization for local water information, and a frequent resource for the village planning commission.
Their executive director Christine Crissman recently shared some thoughts on early winter in our neighborhood:

Winter’s beauty is upon us, and with the changing season comes changes in nature. Our small inland lakes, such Birch Lake, are beginning to freeze over. Anglers are gathering their ice augers in anticipation of catching northern pike, walleyes, and bluegill. Great Lakes water levels are nearing their annual low levels as evaporation rates are at peak. Plants and mammals are entering a state of dormancy,  conserving energy for the months ahead.

Some of this beautiful environment may be in jeopardy, as she further explained the tremendous threats to protection of our lakes, rivers, streams, forests, and Great Lakes, protections that could be lost due to Michigan senate bills and house bills recently introduced in lame duck sessions and soon to be acted on.
For interested citizens, see summaries of these bills at:
GT Summaries

Photo below: The Boardman River -  photo by Larry DeBow

BIG THANKS to everyone who contributed to the 2018 Green Elk Rapids Almanac!