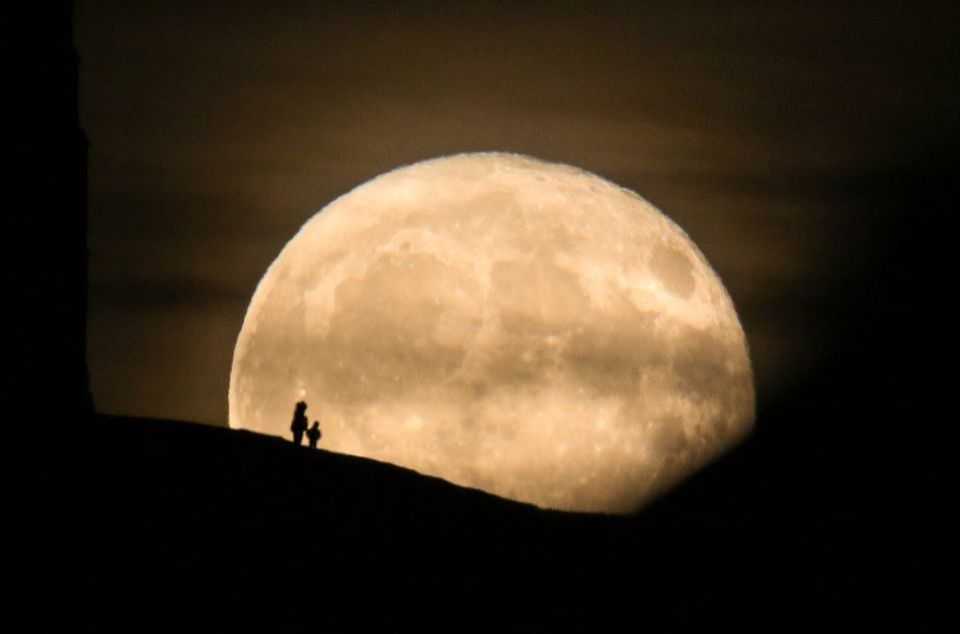 Special Almanac posting by Bob Moler
We will have a calendrical coincidence on January 31st along with a natural event, and just missing another natural event all having to do with the Moon.
The first is that one of the full moons in January fits the definition for a "blue moon", the second full moon in a month.  Of course the Moon doesn't actually turn blue.  It doesn't really care. Since February is shorter than a lunation, a lunar month, it will not have a full moon.  However March will have two full moons like January.